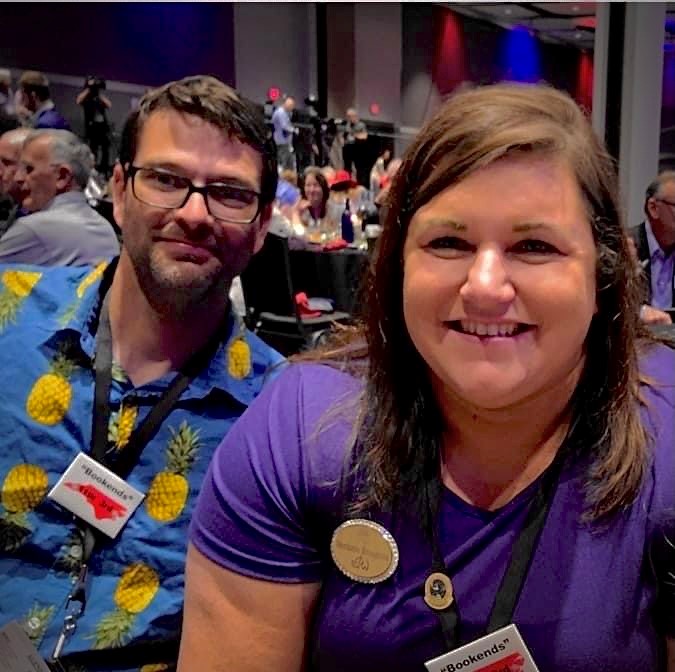 Stephanie was born in Utah, but raised in Carteret County. After graduating from Croatan High School in 2002 she enlisted into the U.S. Army. During her tour in Germany she deployed to Iraq in support of Operation Iraqi Freedom / Operation Enduring Freedom. Her ribbons and awards include the Army Meritorious Unit Citation, Army Achievement Medal, Army Good Conduct Medal with 3 Oakleaf Clusters, National Defense Service Medal, Army Service Ribbon, Army Overseas Ribbon, Iraq Campaign Medal, and the Global War on Terrorism Expeditionary Medal. Although she joined as a Supply Specialist, Stephanie spent most of her time as a Small Arms Repairman. After serving almost 10 years, Stephanie received an Honorable Discharge and pursued a degree in the medical field. In 2017, Stephanie's husband, Matt, retired from the Army after 22 years of service.

Hamilton graduated from Croatan High School in 2015, and attended UNC Pembroke and Carteret Community College. He is deeply interested in Geo-Politics and Domestic Politics, and has been actively engaged since the age of 10 when introduced to Sen. Jean Preston. During the 2020 election Hamilton was a team member of the NRSC for Senator Tillis. After the election he joined the Georgia GOP to campaign and promote Senator Loeffler during their special election. Self-motivated, Hamilton has proven his dedication to the Republican Party by attending countless meetings and conventions, knocking on thousands of doors for candidates, and working hours on end at his precinct voting location.

Michele spends her time in all things red. Red Party, red shoes, red lipstick, and RED Club. The redder the better. She goes from taking minutes for NCGOP (she's the NCGOP Assistant Secretary), to balancing the CCGOP books. In between she keeps CCRW in line as the Parliamentarian, or as they like to call her, "The Enforcer", and travels up and down coastal Carolina supporting hardcore Republican women as the NCFRW Coastal Region Vice President. Did we mention she was also the Vice Chairwoman of the North Carolina Republican Party, and retired from that position in 2019?

Jeanne was born in New Jersey and has been a resident of Carteret County since 1988 and are blessed to be able to call it home. She is married to Bob Benedict, Newport Councilman and Mayor Pro-Tem. Their two awesome granddaughters currently live in Houston, Texas, and love visiting them here in Carteret County. Jeanne has been in the field of accounting, and corporate and finance management for over 46 years, mostly in the building and construction industry, both in New Jersey and here in North Carolina. She is currently employed in the Finance Office of Annunciation Catholic School in Havelock, as well as a member of the Newport Pig Cookin' Contest since 2002 where she currently holds the office of Treasurer (since 2004). Her hobbies include reading, cooking, baking, and gardening.

Join the fight to keep Republicans elected in Carteret County